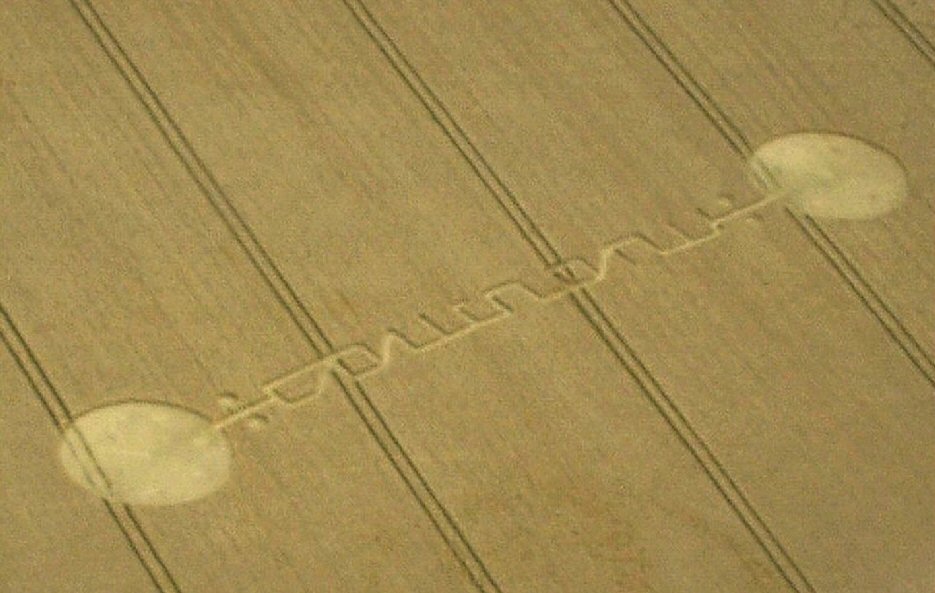 Hardly anything is so challenging as a mysterious hieroglyph originating from the strange world of crop circles. I simply love to contemplate and work with this type of figures. Let me expose some insights.

At first glance, the formation immediately reminded me to an old Sumerian clay-tablet, even though it looked very modern. It looked as if a present-day script wanted to be unravelled according the ancient Sumerian method.

So, what would that method be? It was about a few years ago that, through a dream, I had received an insight about how clay-tablets can be decoded. A method was shown to me in which one could speak of “unfolding”. From a vertical centre-line unrolled both to the left and the right side an image. As can be easily imagined, both sides were mirroring each other.

About the Honeystreet formation, the two eye catching disks on the outsides directly spoke to me. I wanted to merge them together. So, it felt as if things wanted to be done in the opposite way as how I had seen the Sumerian picture unfold. By doing such, I gained a compressed hieroglyph or key that has something remarkable to it in a mathematical sense.

By folding the two sides, there have been formed four complete squares on a regular distance from each other. In the three spaces between the squares there are marks that can easily be read as: “one, two, three”!

The two made to one results in the appearing of a key here that points us to the fundament of all mathematics… The solution is really childlike simple, but until this moment, I haven’t found anyone on the whole internet that came forward with it. What is it that concerning clues about crop circles, so often the honour is been given to me to show up with the release? It almost feels to me like another complot! 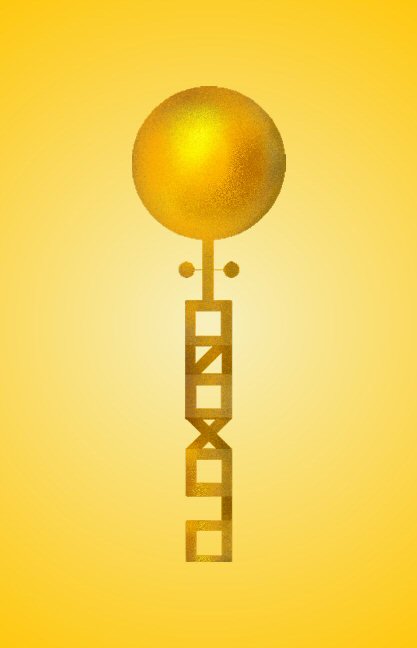 Wasn’t it Jesus Christ himself, that teached us to make the two to one? Didn’t he state that those doing so, will enter the kingdom of heaven? Overcoming dualistic thinking is the great big task. As far as declaring crop circle codes, the same principle is involved. Make the two to one, and fascinating outcomes will be the case. To confirm this even a second time within the analyses of this formation I will continue.

The folded hieroglyph shows another two disks. The little ones, of course, are begging to become united as well.

What tantalizes the imagination is the fact that again the digits 1, 2 and 3 will be found, this in the same logistic order! The digits can be made in a slightly different way, but the idea about the amount of connection-stripes has remained. 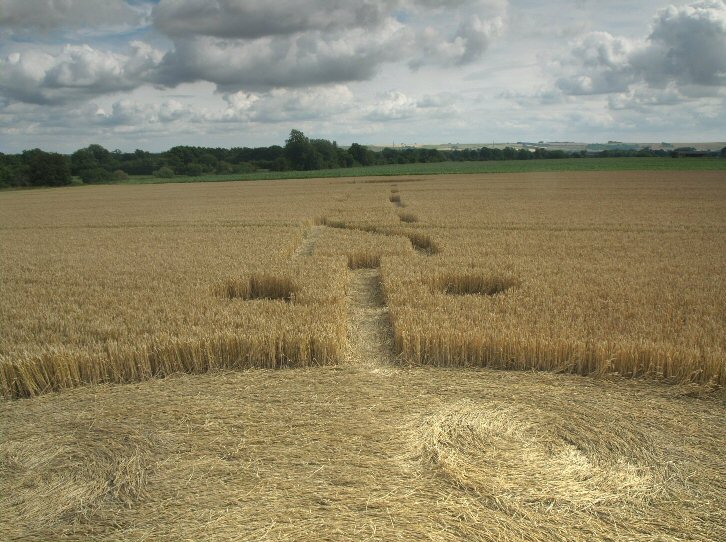 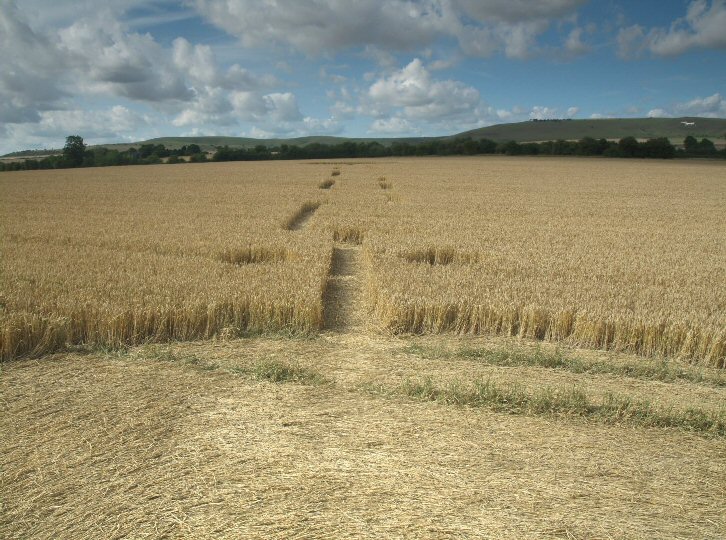 The outcome as given until here is without doubt meaningful, but intuition tells me that more information is hidden in this cosmogram. For example, one could, instead of the double folding, try to do a double (or even single) UN-folding of the basic pictogram. Another idea is about the researching of the lines involved. In particular the connection stripes glance at me as if saying they are extra fold lines… 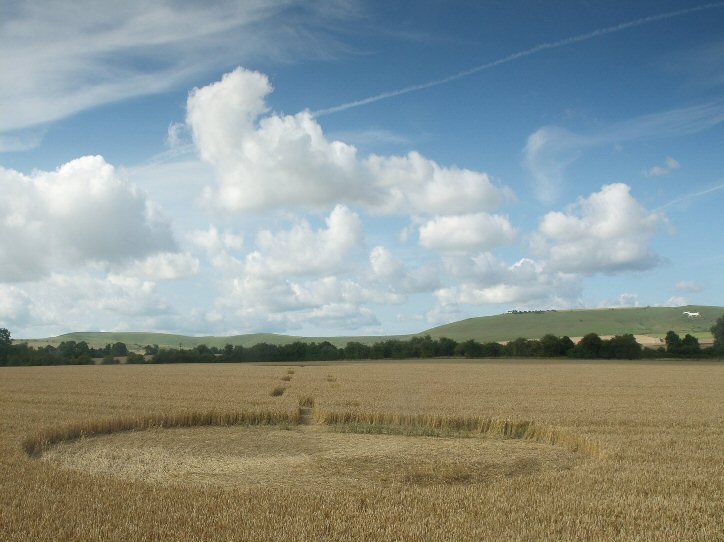 Honeystreet formation with on the background right,
Milk Hill with its White Horse. © Randell.