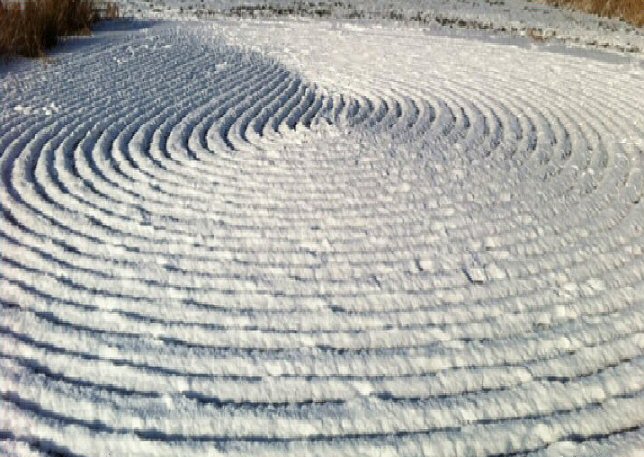 In the winter of 2012 a pattern caused in snow that looked a lot like an enormous fingerprint. Even from a giant, one wouldn’t expect fingertips that incredible size, which leaves me with only this option; Big Brother must have placed it there… 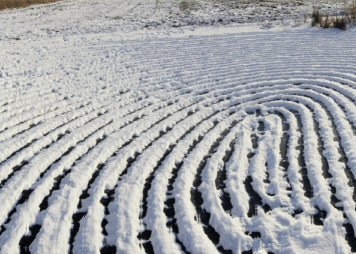 Of course, the image of a fingerprint can simply be thought of as symbolical for the proof of identity. With this given, I started searching for an eventual connection with the town of Schijndel. Schijndel is not known as an area where crop circles, or stuff alike, appear, so according to me, it increases the chance that this location might tell us something more about the choice for it. 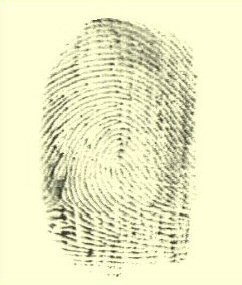 Seeing that I, more and more, involve myself with matters about privacy rights, my eye immediately catches the name P. van Schijndel, mentioned in a document from the AIVD, which can be understood as the Dutch version of MI5 or CIA. The document is about cyber security. P. van Schijndel appears to be Peter van Schijndel and is the author of a script that made him win a price in 2008 by the faculty of law at Leiden. The title of the script is; “IDENTITY-THEFT”.

With this find, the reason for the fingerprint exactly in Schijndel seems solved. Next, I begin to question why the imprint in snow is done at the night of 3 to 4 of February 2012?

One could argue that, because our winters don’t count many days of snow anymore, this night was almost the only one possible to create the work of art. That is to say, in snow. A convincing fingerprint in some type of crop or in sand would have been more difficult to do? 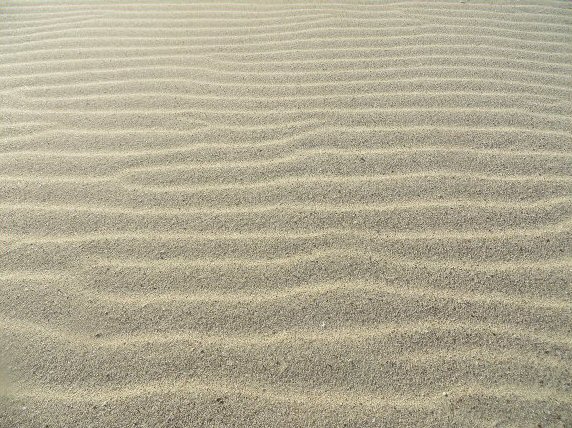 Reliëf in sand caused by the tide at the beach. © Guus Langeraert.

I can’t help it to think about the “SNOW-DEN” revelations and follow an interview in which he blows the whistle about XKEYSCORE, being at the time a secret computer program that is able to read every e-mail, every website and every computer around the whole world… As well the NSA as the German secret service BND, used this spying and analysing machine at least already from 2007. The device is able to “tag” a person, which means in fact, to follow the person in everything he or she does, in order to create a so called “fingerprint”. This digital fingerprint represents network activity that is unique for this particular person. 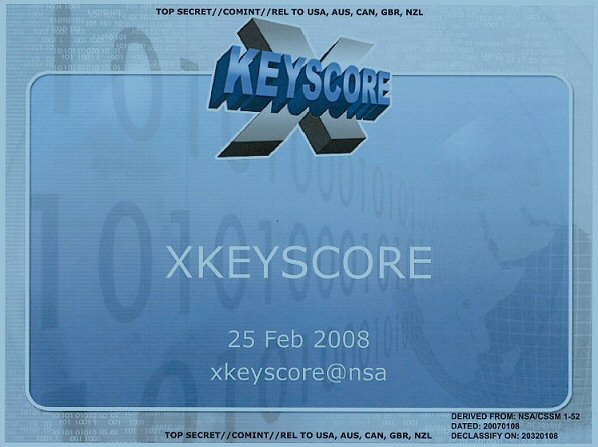 It should be questioned if, or, how much NSA, BND and a few more secret services, are guilty to actual theft of identities or stalking by using XKeyscore since operational for them. The next slide, in which at the top of the pyramid is pointed to a system named “Traffic-thief” doesn’t exactly generate much trust on this point. The slides are part of a presentation of XKeyscore to the adress of NSA in 2008. 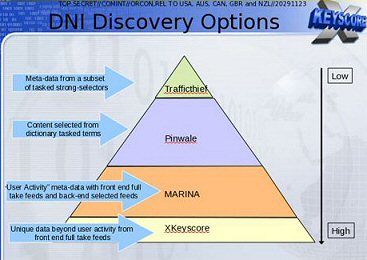 The first Snowden revelations took place at June 2013. In that perspective February 2012, the month of the appearance of the snow formation, cannot immediately be linked to these revelations. It is the snow, the fingerprint and the location of Schijndel that easily lead us to associate with Edward Snowden. One is able to question if the snow circle, as some crop circles have done before, is created with foreknowledge of certain events? 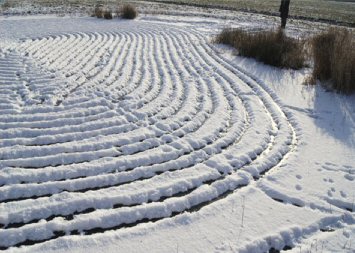 As the exact date of February 4 doesn’t ease me, I maintain searching.  A very plausible explanation for this date comes into picture when I stumble upon a message of February 3 of 2012, in which is mentioned that Dutch politician Gerard Schouw has asked questions to the highest government instance (called “2nd Room” in the Netherlands) about safety of storage of fingerprints that are used for passports and identity-cards. The company that for the Dutch citizens makes these documents, is the American MORPHO (Safran Group). Gerard Schouw fears that on the bases of the Patriot Act, the bio-metrical information could get confiscated. 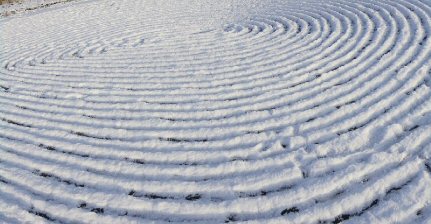 While after some months answering the questions, Dutch minister Liesbeth Spies would admit that “in theory” the databank full of fingerprints and pictures could indeed fall in the hands of the American government! Taking this embarrassing situation in account she responded, only to be sure, by ordering Morpho to take precautions that must exclude the possibility of sharing the identity-files with the American authorities. To me it seems she is placing the horse behind the wagon. 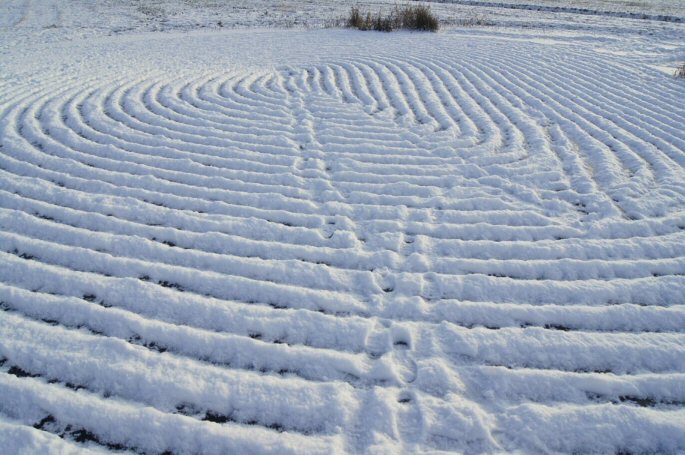 The footprints are from the grandchildren of the owner of the land. It tickles the imagination about the scale of things when you project the foot
of a little child stepping on just one ripple of the skin of your fingertip… © Jos Schouten.

In a report of Dutch magazine “Metronieuws”, dated June 6 2012, politician Schouw calls the complete case “impossible to understand”: “It is the governments goal to protect the privacy of its citizens, but here we have another typical case in which the government has lost its grip. Those that give their fingerprint in order to receive a passport or ID-card, can suddenly get treated as a suspect of crime. This, while biometric information isn’t faultless and IDENTITY-FRAUDE is possible. The margin of mistakes at scans of fingerprints rates even 20 percent.” 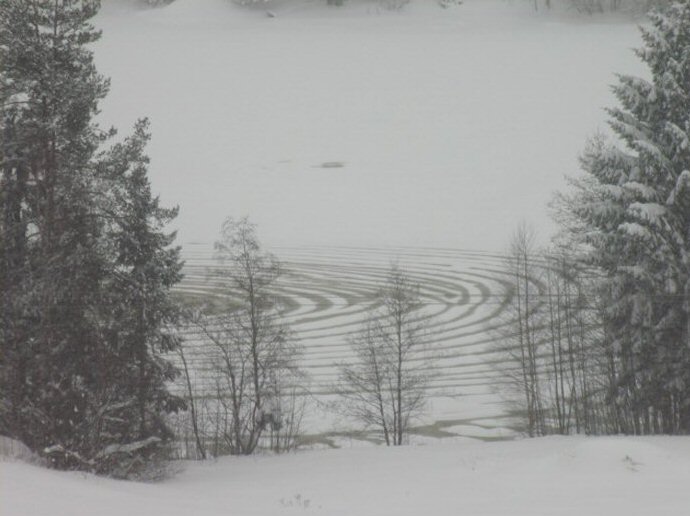 Summed up, the snow formation of Schijndel tracks down to “identity-theft” (the book), the secret XKeyscore fingerprints representing some kind of digital personality profiles, and on top of these, the political questions about the unprotected fingerprints that originate from civilians in need of passports or ID-cards. Now, what could presumably be the cause that has made the whole population of the Netherlands suspect by a bunch of stalkers and possible identity-thieves? 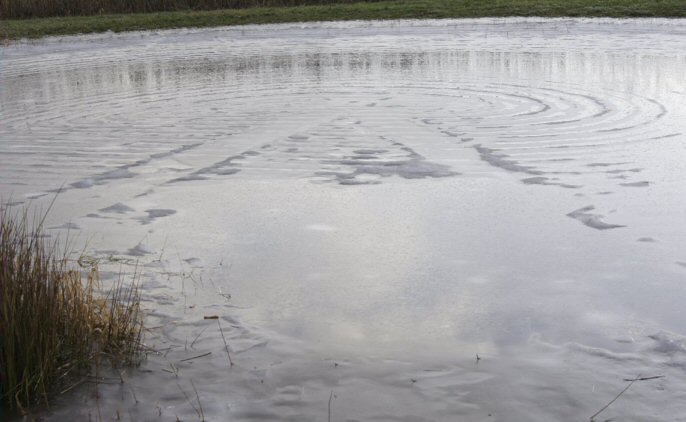 The Schijndel-formation in the phase of melting.
© Jos Schouten.

The combination of the three associations as summed up, should be more than alarming in terms of the direction we move to as a whole society. The speed in which technological developments run, goes so fast that the large majority of people can’t seem to grasp what it is actually happening. Even worse it is, when already governments lose understanding of the facts as they quickly unfold. Governments that are supposed to serve their civilians by making righteous laws in order to create stability, now days seem to do hardly anything else but to sell out all that they can think of. Here we have it that in the name of progress even the most personal and private data is placed in the hands of companies with just one goal, to gain the maximum amount of profits and power.

The more I look at the snow formation, the more it begins to disturb me that the political debate was concentrated mainly on the possibility of a Patriot Act intervention. Maybe, it is easy to criticize after the Snowden revelations, but still, why in the world is it in the paradigm of democratically chosen representatives that safety issues like this, can be solved by the people that create them in first place? It simply can’t. It won’t and it will never be.

In my view, the fingerprint that was taken from me, in order to get my passport, shouldn’t have gone to a company at all. It feels as if the government has stolen this and other pieces of my identity already by installing a law that practically demands doing so. In this way, my identity file has become vulnerable for traders that operate behind closed doors. Instead of being protected by my own government from these, I now, for my so called safety, depend on the whims of private contractors and huge data brokers that lay in bed with secret services such as AIVD, NSA, CIA and what else is there. 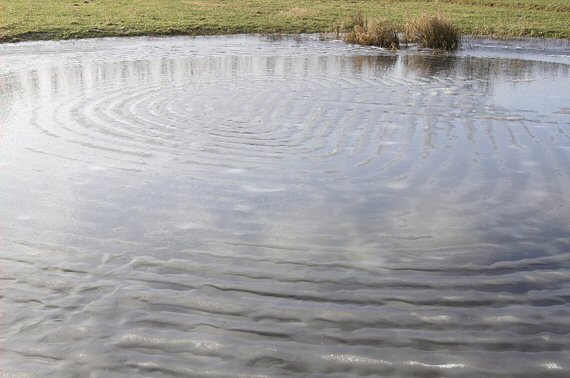 So, what happened according the formal and official routes with this case, is that the Dutch government had decided to put it in the hands of the European Union. It was agreed by the members of parliament that it would serve also other European countries with the same problem. What is more, negotiations with the U.S. would, according the authorities, be much easier on this larger scale. 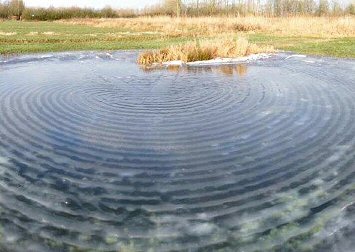 And so, the soap continued. Or was it a thriller? There’s one last word I wanted to share: Security agencies blossom on the soil of insecurity. At least I trust on that. 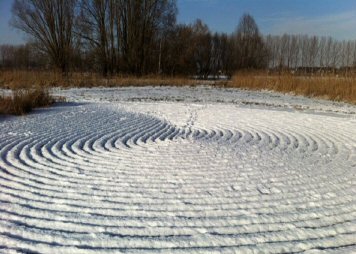