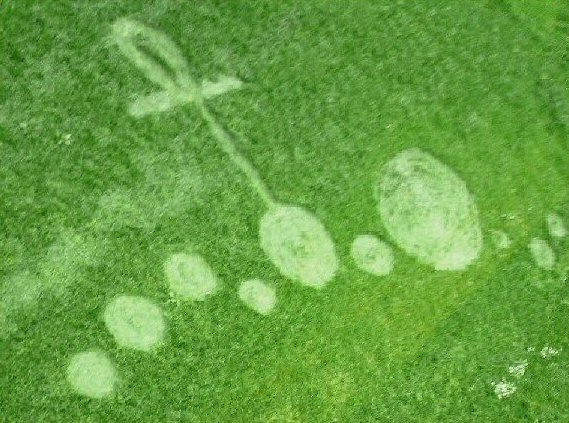 At exactly the same spot as where I entered in 2007 my first crop formation there has now appeared another formation. By than, I associated the crop circle powder that I had found in it, with the monatomic gold of the old Egyptians. The “white powder of gold” to which great magical powers were ascribed. 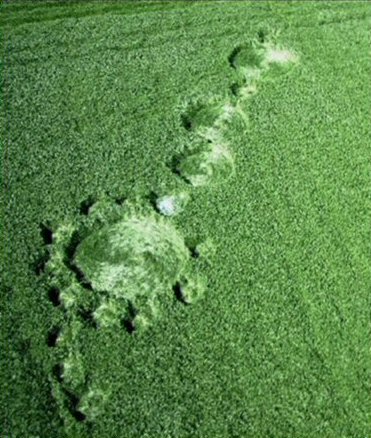 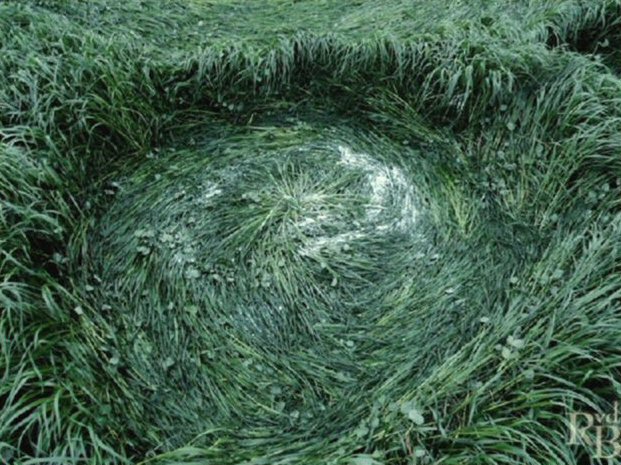 Just a few days before the new Woodshead formation appeared, crop circle powder had been found once again. This time inside a formation at the Cooksroad in the same area. While there was communication about it at Facebook, I decided to bring the aricle about crop circle powder that I wrote in 2007 into the thread. For Zeta Forest, an Argentinean facebook-friend and crop circle admirer, the article turned out a revelation. He’s very thankful for this story and asks if he’s permitted to translate it into Spanish and publish it. As I’m very pleased with that proposal I agree, so he starts working straight away.

Meanwhile I re-read the old article myself and start doubting about the validity of the old Egypt connection in relation to the crop circle powder. After all, magnesium carbonate is not monatomic gold. Nevertheless, this, by the way very expensive crop circle magnesium carbonate dóés have outstanding properties. As if it is a binding material for a powerful etheric substance. The term “etheron” sprung in my mind at the time of the appearance of the first Woodshead 2012 formation.

With the doubt about the old Egypt connection in the back of my head, I receive and publish the Spanish translation of part 1 of the 2007 article. Short after that (less than 2 hours) Robbert van den Broeke gets a vision about a new crop formation. Of course it had to be like that… The formation appears as I said before, on the exact spot where the 2007 formation with its powder was. On top of the fact, an old Egyptian Ankh symbol was part of it. To me, it was as if it told there is a connection with the ancient Egyptians indeed and that I don’t have to doubt about that. For the rest, it is a very rare occasion to find old Egyptian symbology in a crop formation. 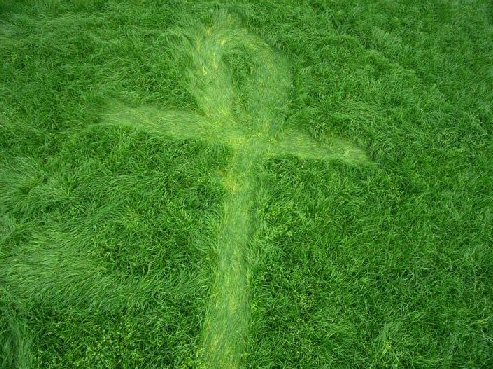 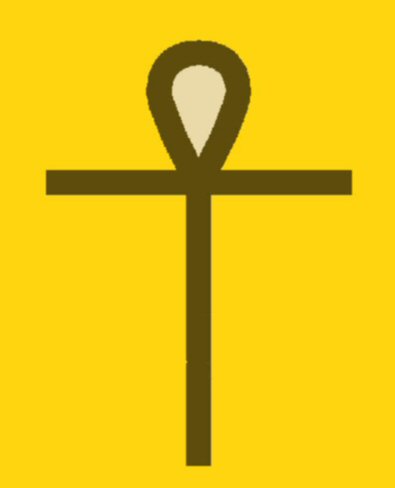 I let Zeta know that I consider this formation “his” one. That this occurrence is a typical demonstration of how the crop circle-phenomenon can connect on a personal level! The phenomenon invites us to creative interaction. Zeta’s service implicates the accessibility of this mystery to the Spanish using public. It is this type of sincere service to others that triggers these miraculous occasions.

On top of all, the paranormal visions that Robbert had in relation to this formation show also much similarity with the channelling that Roos Kanis has done at the time, and is reported in part 2 of my Woodshead 2007 article . Apart from the depiction of the Ankh, the shape of the formation is enigmatic. The Dutch formations are in terms of imagery language usually hard to interpret.

The Ankh was in old Egyptian times more than just a symbol. Initiated farao’s and priests used to possess an Ankh made of metal as a special instrument for the purpose of directing life-energy force into organisms. Their healing capacities with it stretched even so far, that they could resurrect people that had passed away. The instrument belonged strictly to the initiated, while in the hands of disqualified persons or misusers, serious accidents were likely to happen. Considering the activities of Robbert van den Broeke that are close related to spiritism, I can imagine that the ten circles point to certain spirits. Spirits of deceased people? As a tool for ascension it might as well mean that the Ankh, in this particular case, is used to the almost completed (but one largest circle) human being. The largest circle could in that case represent the ascended master, a Godlike human. 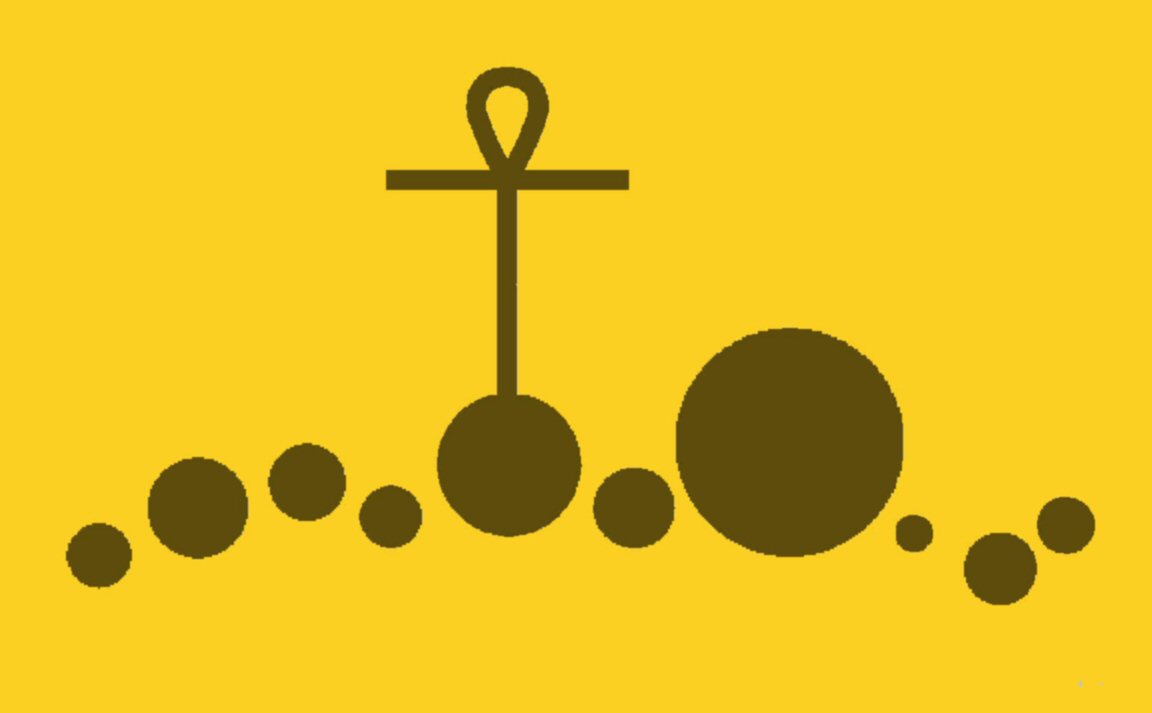 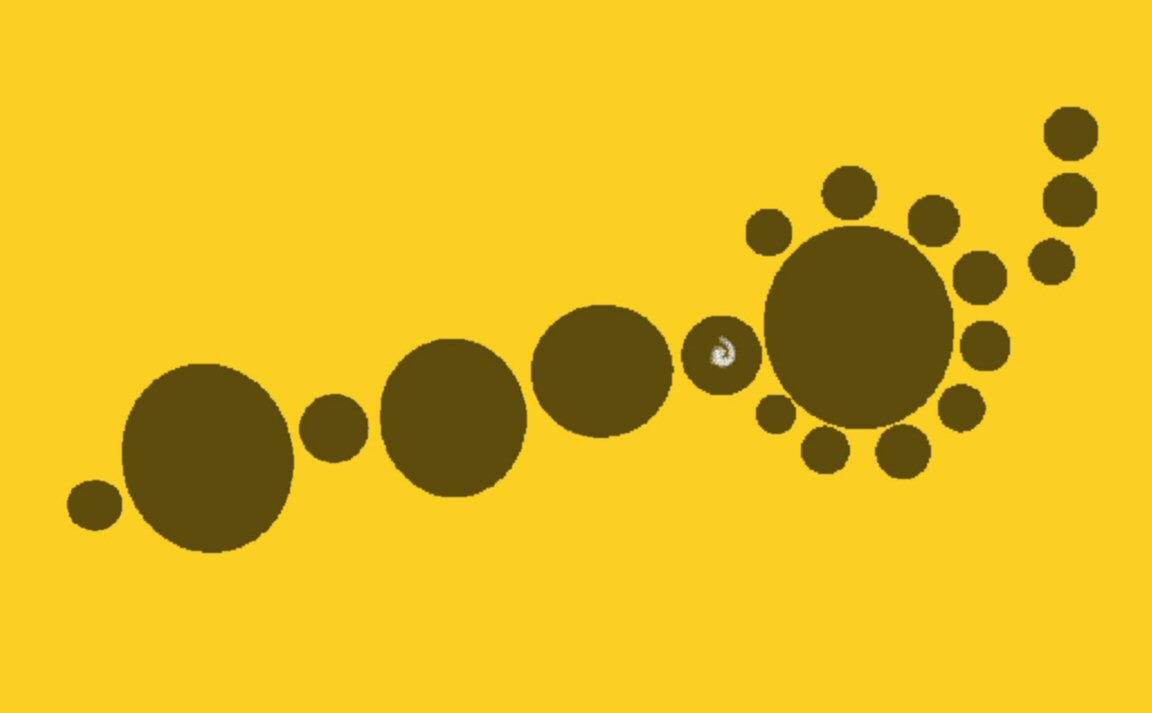 In my opinion, the Cooksroad-formation is a variety on these ten circles. We notice another snake-like configuration of ten circles, there. The largest circle is now surrounded by nine little extra circles. Between the large circles and the largest circle we find the circle that contained the crop circle powder. “Ascension-powder” I would say. The powder that I found at the Woodshead formation of 2007 has also been described like that during the channelling by my soul friend Roos. It looks as if the powder has (almost?) the same function as in ancient Egypt the Ankh. Furthermore, concerning both formations, I connect the ten circles with the ten Sephiroth of the universal Kaballah.

I will leave things here with some spherical impressions. 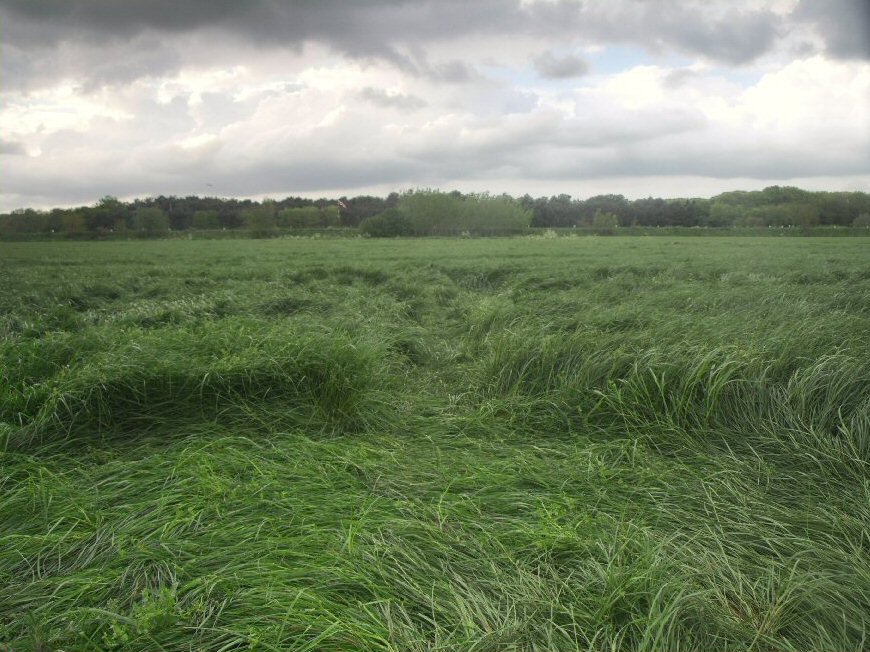 The symbol of life already in decay. © Randell. 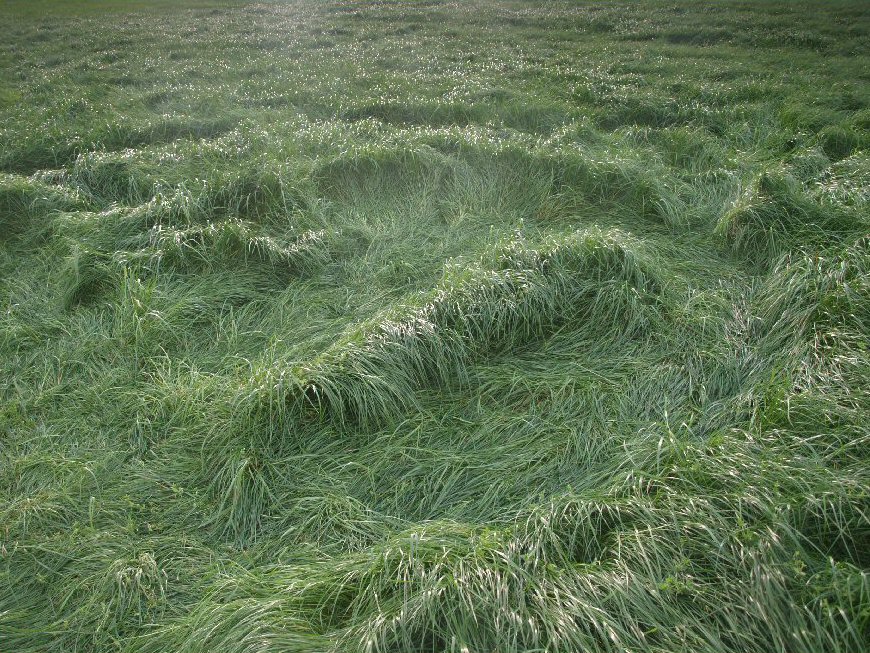 The eye of the Ankh from an angle where it looks as if there’s a mummie laying in state. © Randell. 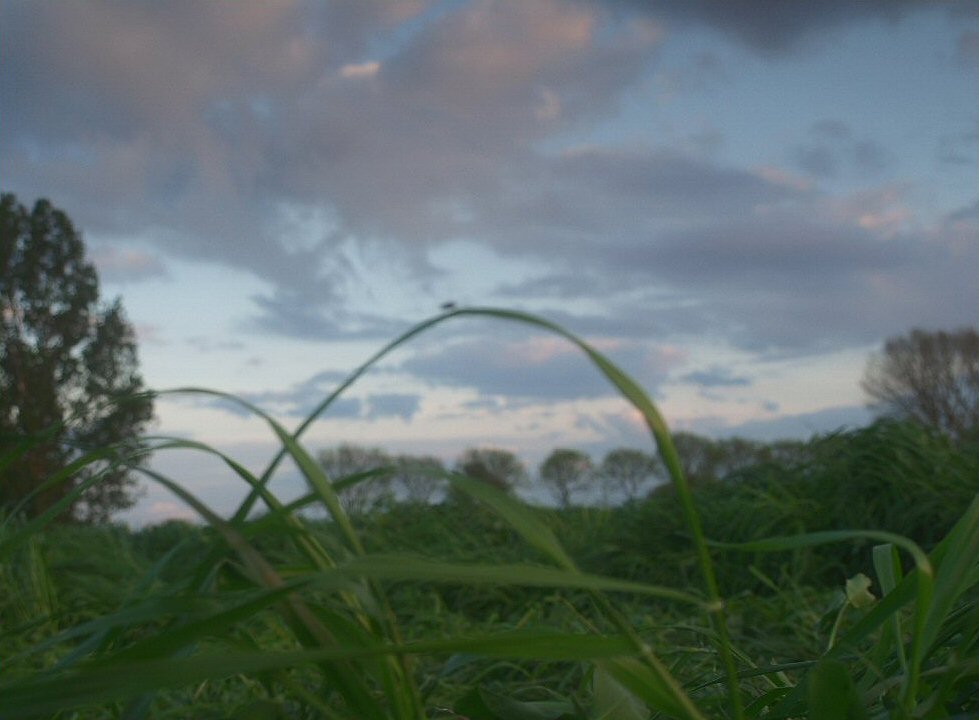 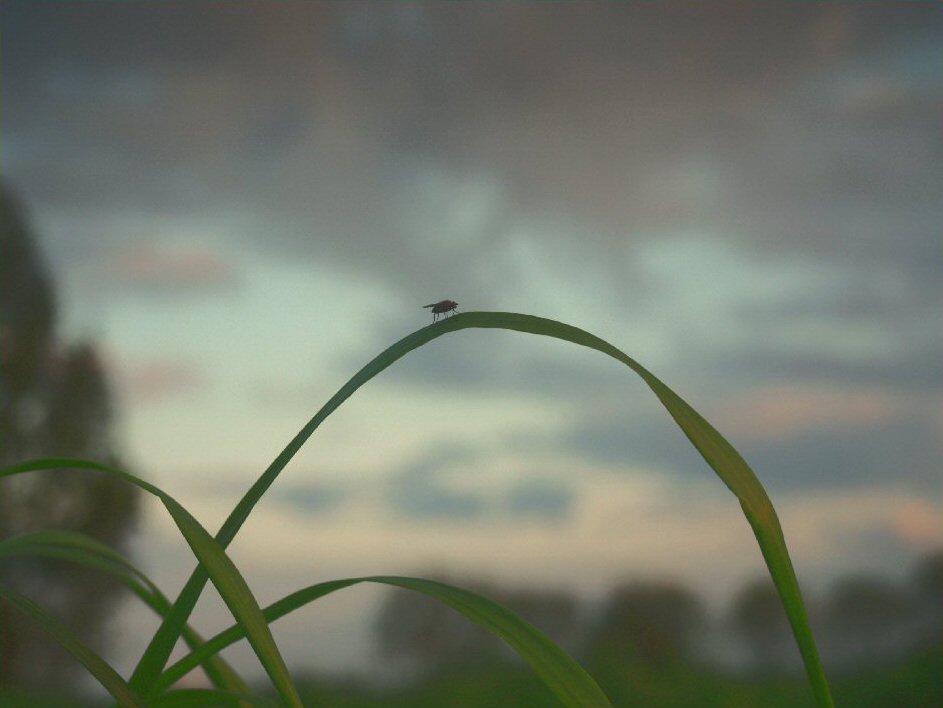 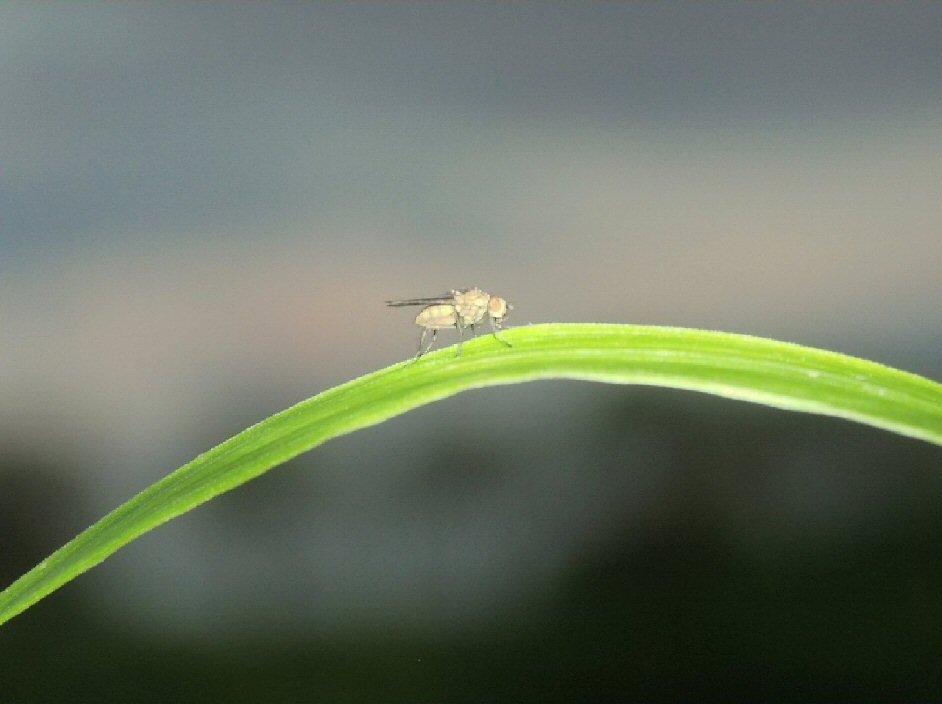