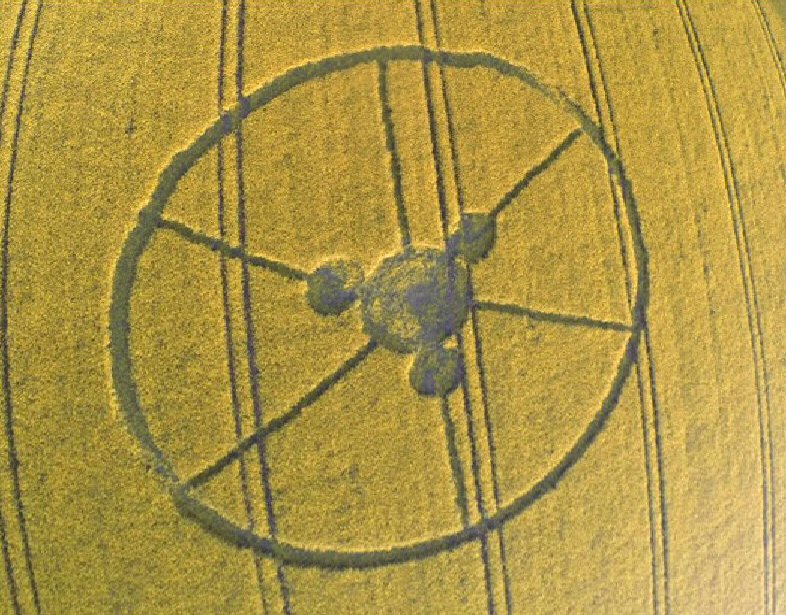 Completely synchronic with my research, this formation pops up. I was tying to gain a better understanding about chakra-, kundalini- and lingam-energies. Also about the origin and role of sex power in today’s society and how it relates to enlightenment.

It is not difficult to recognise the sacral chakra in the Hambledon design. I refer to Leadbeaters book called “Chakra’s” in which he shows simplified drawings of the seven chakra’s. The second chakra (in red) is the one we seem to be attended to. Once we compare Leadbeaters drawings to the Pewsey Chakra formation, that is part of the research I’m at, it becomes clear a play with top view perspective is at hand. 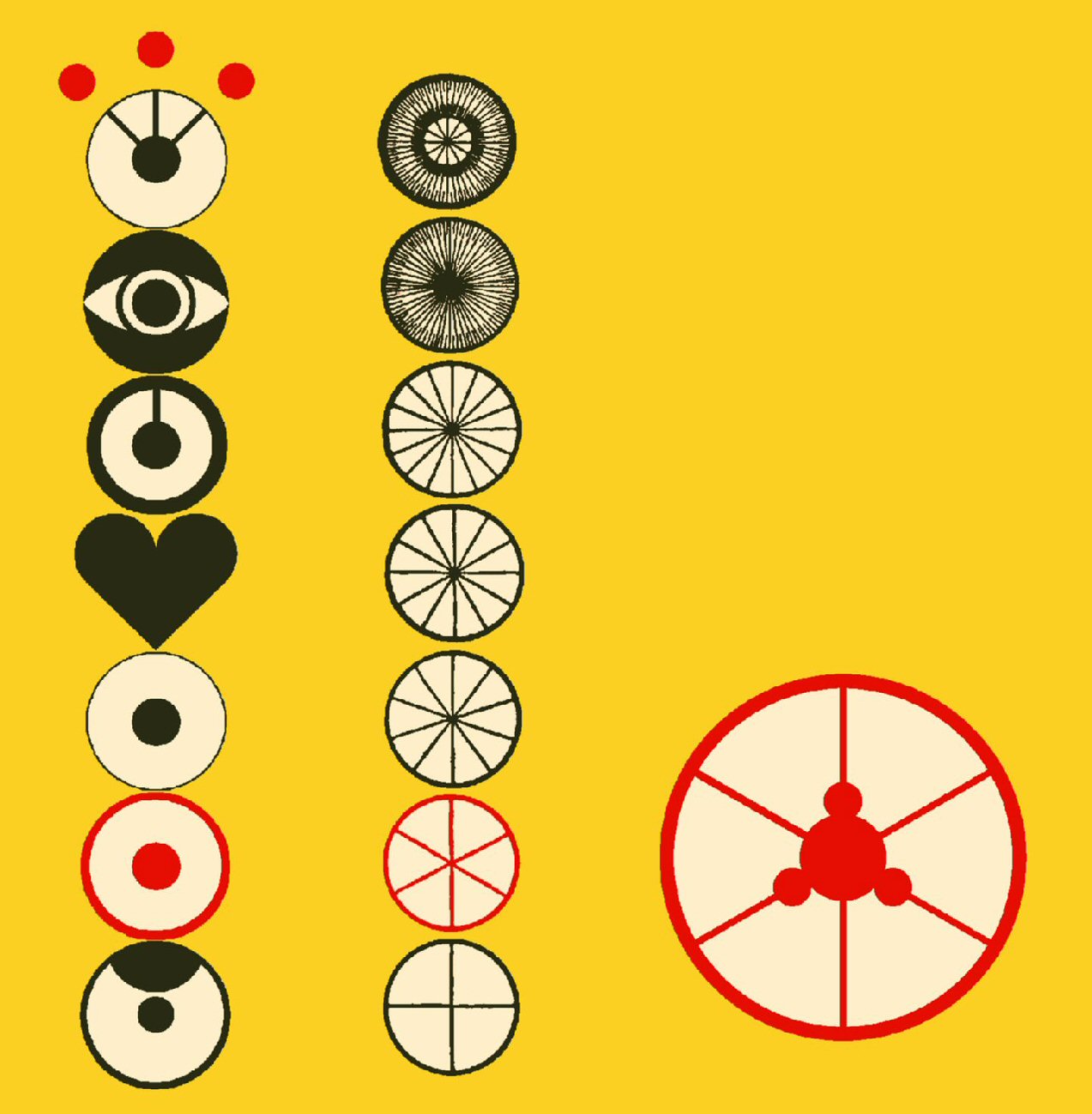 The three dots that forms the divine triade at the top of the Pewsey formation connect with the channels Ida, Pingala en Sushumna and are placed in the Hambledon formation in such way that the chakra now has sort of top view perspective to it. Although it is a tricky thing to say it that way, at least it becomes a schematic representation.

Besides the explanation for the dots in this Hambleton wheel, there is another interesting find I would like to expose.

The Brimslade Farm canola formation that came about two weeks before the Hambleton Hill formation, seems, at first sight, not really have much in common with it. Brimslade depicts a simple mathematical X and Y diagram transformed towards a grid work that suggests a warp of some kind. In particular the peculiar cut ends helped me to concentrate on the axes. As there are six coordinates at each axis, it made me think about the six spokes of the Hambleton wheel. So, I started questioning the nature of the axes, that in mathematics are often neutrally named X and Y. I wondered if it would be possible to project both the centre and the circumference of the wheel to these axes. It was possible and the results I found extremely interesting. Below, I show this rather scientific approach to, what I believe, is meant to represent a chakra indeed. 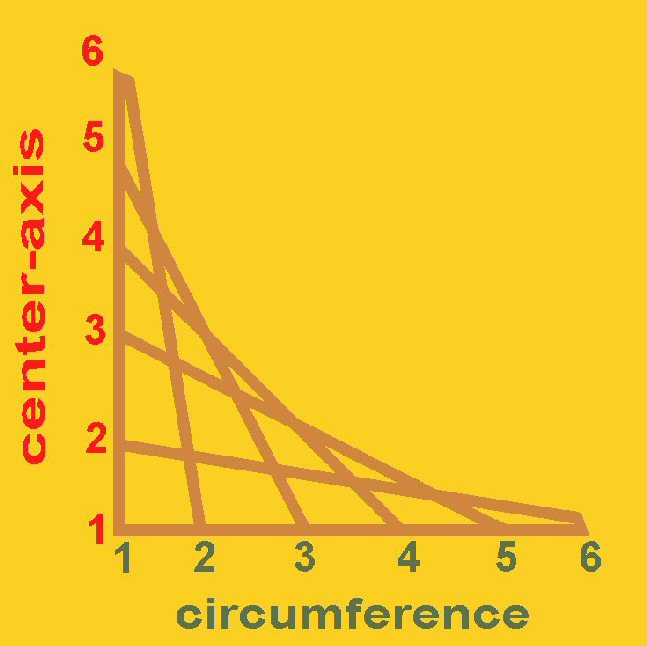 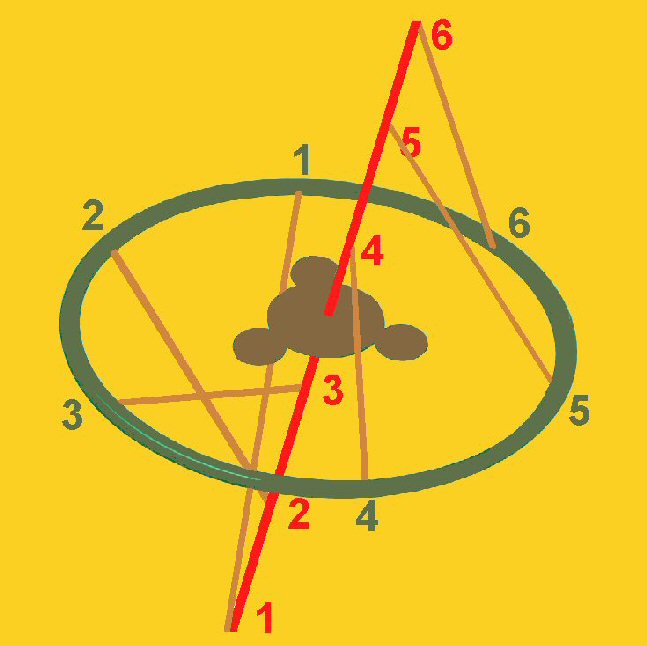 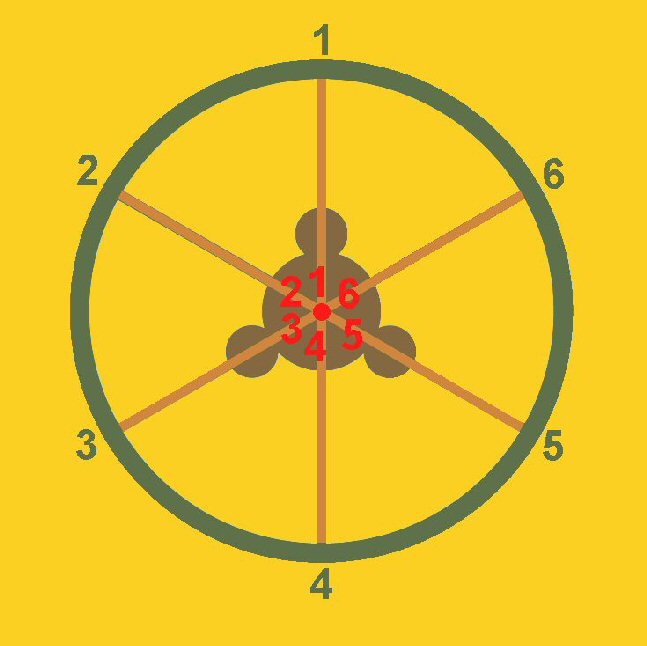 In case the shown relation between the two formations is valid, it can tell us something about the distribution of the involved energies from the light body towards the physical body or the dynamics of the energy-wheels. As we are able to detect another six more spokes inside the wheel by means of the tramlines, it might as well validate the relation. 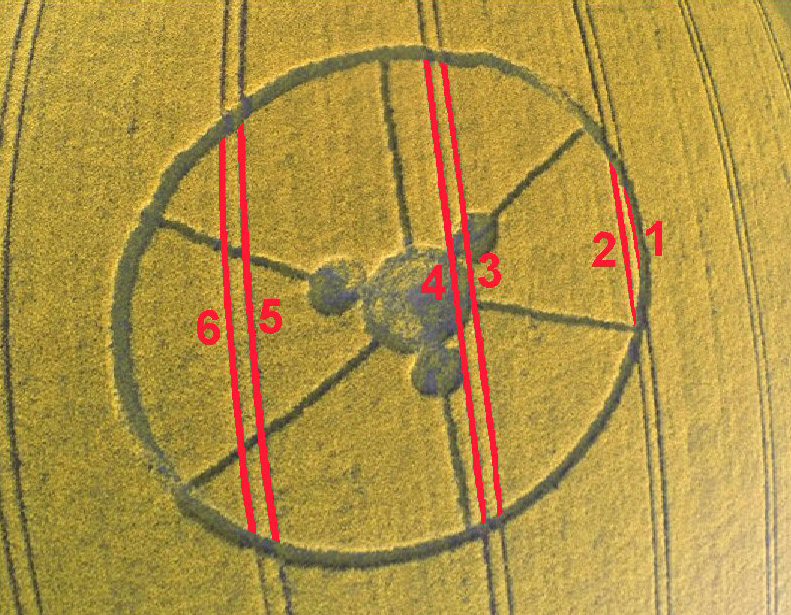 Six spokes in a parallel fashion reminding to the Brimslade Farm formation.

I like to believe the crop formations make us aware that a harmonic regular distribution is necessary in cases of kundalini awakening. In particular the awakening concerning the sacral chakra can be dangerous, as many traditional teachings confirm, if not warn explicitly about. From my own experiences I fully agree on this.