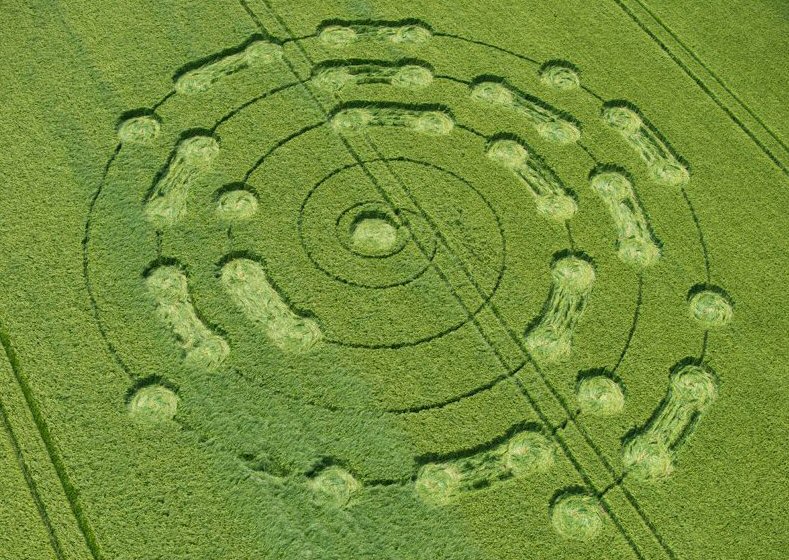 The code of this formation was very easy to crack as it was done in Morse. The message said “no more war“. It was reported on the date that happened to be the seventieth D-Day remembrance day. All together I got a manmade feel from it, but I can’t say that for sure. 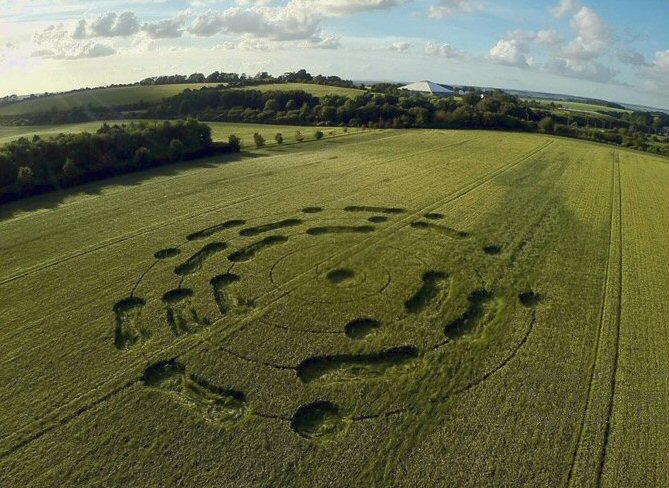 In case the name of the road “Gipsy Lane” should add substantial information to the basic idea of D-Day remembrance and its “no more war” intentions, it might be interesting to examine the fate of this group of fellow humans. The Gipsies of Europe were registered, sterilized, ghettoized and then deported to concentration and death camps by the Nazis. Approximate 250.000 to 500.000 Gipsies were murdered during the Holocaust.

So, what can we learn from this, seventy years after our historical D-day? How does our “freedom” look like? Until today, wars continue to be made by our “strong leaders”. Discrimination flourishes as it always has. But isn’t that okay, as long as we can watch our world football cup without being confronted with those unfortunate families from Brazilian ghetto’s that got brutality brushed away for it? How much does our “free” mainstream media report about the children that were killed in these evictions?

Too bad, this concerns a “marginal” issue compared to what happens to the Syrian people, the Lebanon and so many others. It occurs to me that “no more war” is nothing but a slogan, unless we are prepared to solve the quest for peace within ourselves. Only from there, things in the outside world can change.

On the same day the “no more war” formation was reported, another formation was found in Slovenia. Read here why I strongly suspect the two relate to each other. 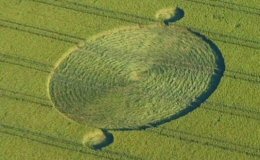