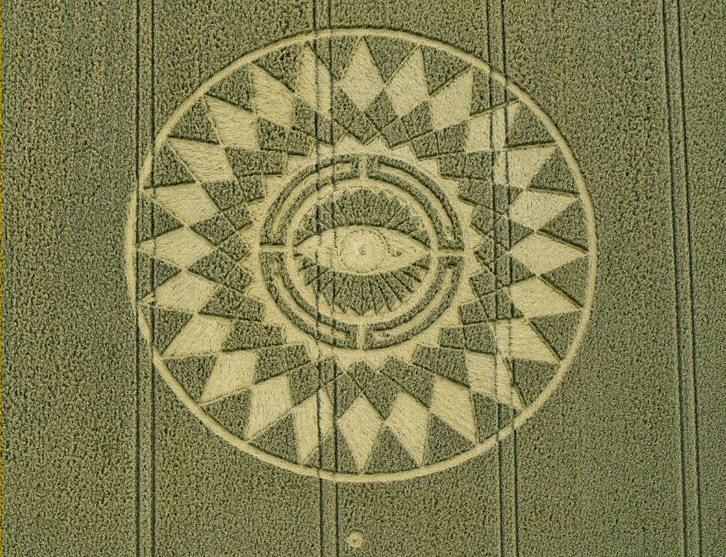 This sensational formation, almost at the end of the season, can easily be considered the grand finale of 2014. Although in crop circle history there have been a few eyes before, this one, I would say, is the most intricate. 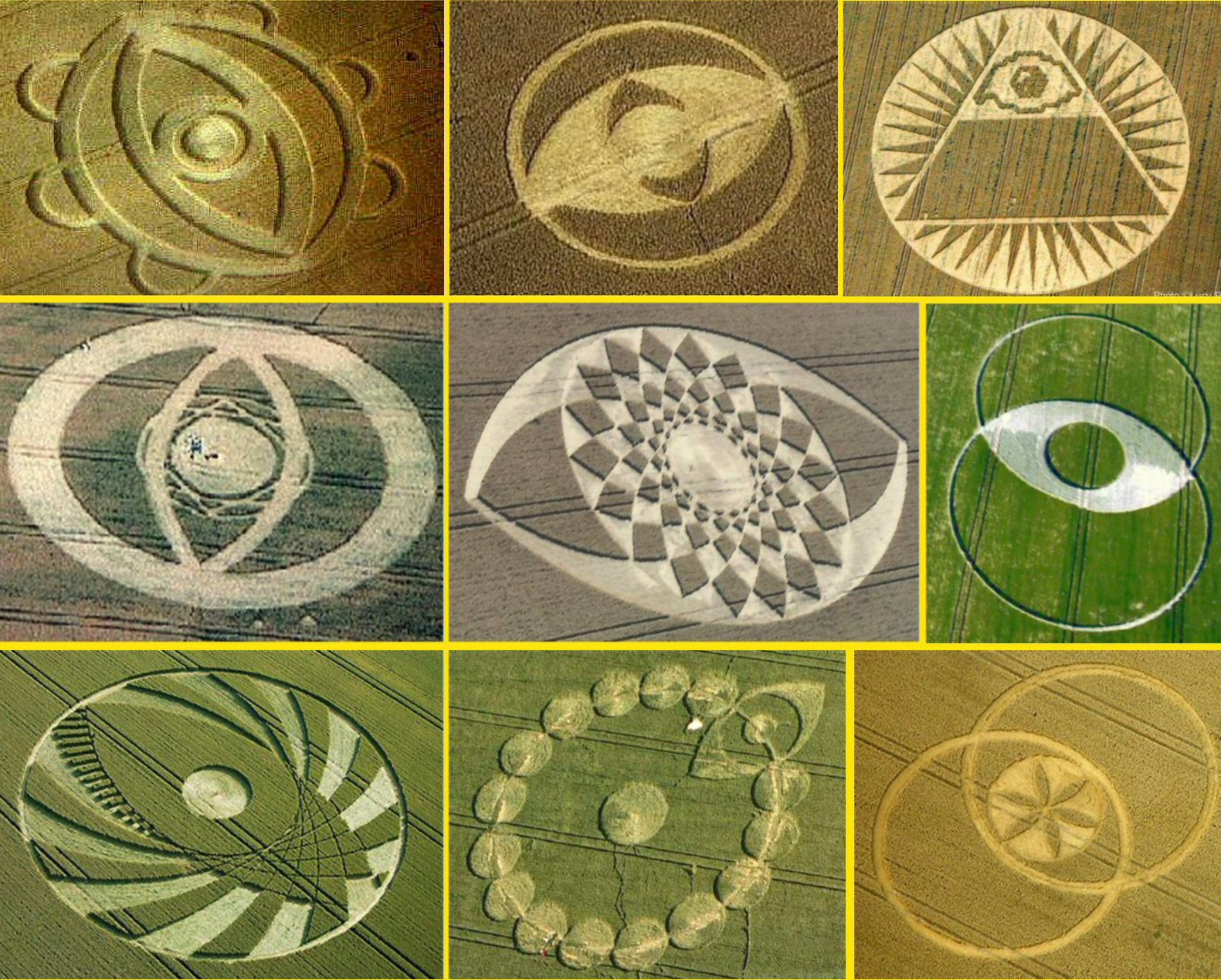 When we focus on the centre of it, we discover another eye could be the case. Should this be seen as just a coincidental side effect of the way the lay has been made? I strongly doubt it, as this “inner eye” is depicted in a 90 degree angle to the outer eye. Thereby, a suggestion about a mechanism of turning is incorporated in the design. 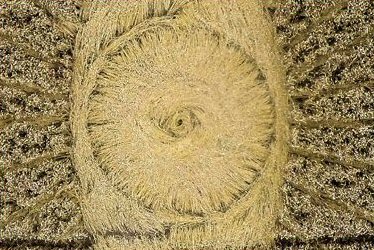 An eye inside the eye… © Crop Circle Connector.

When bringing up the idea of an all seeing eye, we easily associate with either the eye of God that sees everything in the universe, or with the eye of “big brother”, the faculty of a secret world government that aims for total control over every individual here on earth. To me it feels as if we are attended to both all seeing eyes. Also the third eye that enables every human being to have inner vision, springs in mind.

It strikes me that the formation appears while I am studying the 2010 Yarnbury Castle formation that has to do with the theme of internet spying. An eye peeping through a keyhole can’t leave any doubt about the subject. 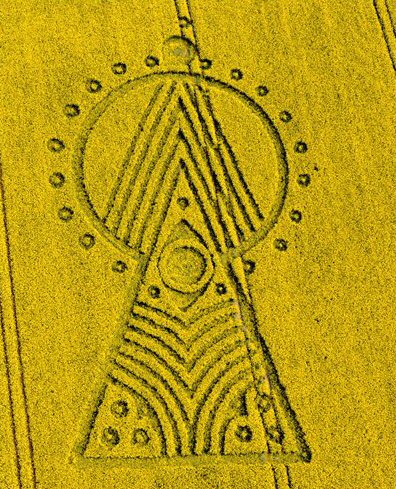 The technological “progress” in our modern times has lead us into a situation where privacy seem to become a sparse and exclusive right for the elite. However, as robot-eyes keep on multiplying, also this group of “survivors” will most certainly get caught by “the system”. Maybe, this situation is what the name “nettle hill” refers to. When all our behaviours are getting registered, than the powerful parties behind it, will most certainly manipulate us for their own benefits. It is a real tendency in progress. If it doesn’t already irritate, how much will it in the future? 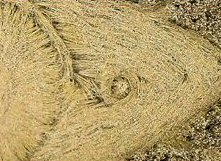 Blind spot in the lay of the eye? © Crop Circle Connector.

An interesting detail that Joanna Marie took note of at Crop Circle Connector, is, what can be considered a “blind spot” in the lay of the eye. She refers to it by saying; “we don’t see that we don’t see”. It makes me wonder what Big Brother actually really sees…

Another detail that begs for understanding is the signature that can be found straight under the formation. Although very minimalistic in its appearance, it also took me back to my Yarnbury Castle study. This season I had an “aha experience” after really years of wondering what the multiple dots could be about in and around the keyhole. As soon as I had the experience, an oversized sample of one such dot appeared in the field next to the West Kennett Longbarrow.

In my opinion, such dots express the idea of “data-points”. In the world of IT (not to confuse with ET), the “data point” is also defined as “an observation”. Now days, trading data points have become big business, while with these, consumers behaviour can easily be followed and/or predicted. To give you an idea; a single mouse click or any key-press is already a data point.

When you communicate through, for example, Facebook, you might write a sentence and while writing it, you find you are not happy with it for whatever kind of reason. So, you decide to delete it instead of sending it. Know that in this case the CIA (or partners) has most likely already scanned your unfinished sentence.

The eye with the “observation” (signature) lines out with a lonely tree.
© Steve Alexander.