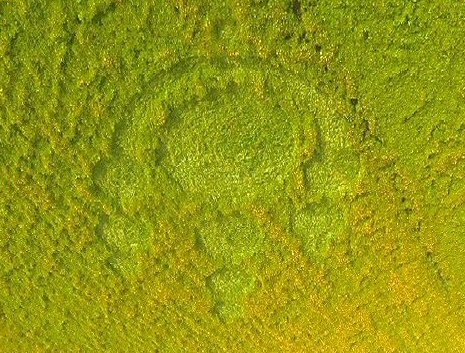 Boys, am I flabbergasted by the beauty of this formation!!! Not only its beauty has left me in awe, it was in a field of African marigolds! Also, powerful energies affected me as never before!

The design of the formation seems to depict a dream-catcher. That’s what Robbert van den Broeke mentioned in his report. I agree straight away, but initially it reminded me to the formation that came before, at the dead end street, the side street of Palingstraat. Again, I could see a Kabbala, tree of life pattern in it. It also seemed a little bend as the earlier one, but not so much. As if things are getting straightened out. 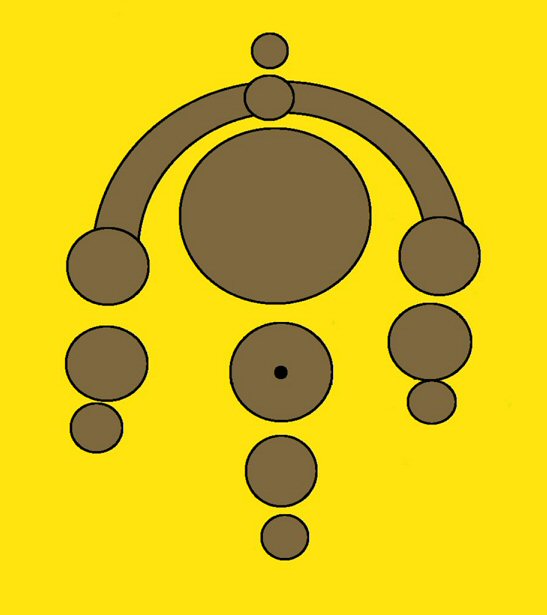 So, what exactly is getting straightened out? The more I think about African marigolds (in the Netherlands we call them “Little Africans”) combined with catching dreams, the more it starts to occur to me that the formation might refer to African immigrants, their dreams of gaining welfare in our European continent. The misbalance in the design might, in that case, tell us about the inequality between “us” and “them”.

The months that followed after this and the “dead end street” formation, has brought terrible tragedies highlighting the troubles to do with African immigrants. By the end of 2014 no less than 59,5 million people worldwide were refugee. The number increases every year since 2011. 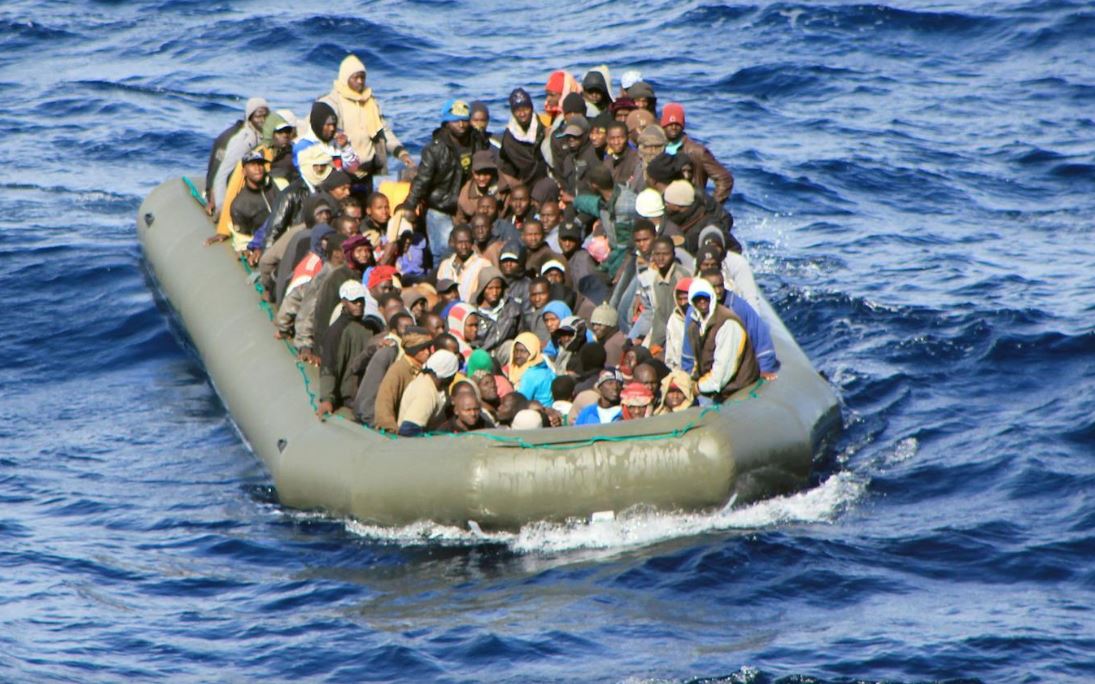 In case this interpretation makes sense, than what are we going to do? I find it often very frustrating to be confronted with my powerlessness to make a difference in these types of serious problems. I suppose the inequality between the rich and the poor should be neutralised by means of various methods as it seems rooted in different levels of misunderstanding. On a very practical level, my idea would be to share the welfare of the West with the Africans, or the needy in general, so there would be less urge to immigrate at all. Bear in mind that we as a western civilization have been exploiting Africa as brutal imperialists for decades. It seems only fair to me to bring a substantial amount of our welfare back to those we have stolen from. 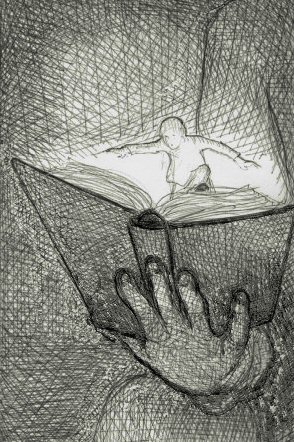 Talking about catching dreams, on the 20th, short before the crop circle manifested, I saw a transparent reddish ball in my dream, floating at the Palingstreet where we have seen several other formations this year. When I sharpened my vision, I saw other transparent spheres accompanying the slightly red one. Their number faded. Next, I was in a place much like a living room. A presence told me that they have always been available for us. This I know actually for a long time, but I suppose the message wants be spread, especially in the chaotic times that have come over us. So, the crop circle seems to also suggest we can get in contact with the spirit world by studying our dreams.

I reported this dream the same day on FaceBook at 12.02, added with saying that I wondered if this could announce another crop formation. Robbert van den Broeke started feeling restless the day after, explaining he felt another crop formation was about to come. It fell in the night of 22 to 23. 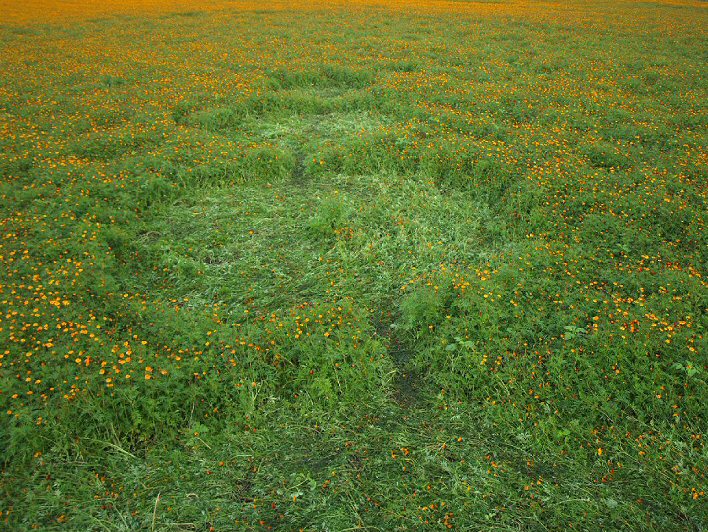 To continue the talk about catching dreams, the night after visiting the formation, I caught some amazing dreams. In these dreams, it was as if I met family and acquaintances that had passed away and now gave me things to compensate what they hadn’t been able to do during their life. It was as if I was at the Bardo (sphere in the afterlife) in which spirits find peace and relaxation after their lifetime full of struggle as an incarnated being on earth. 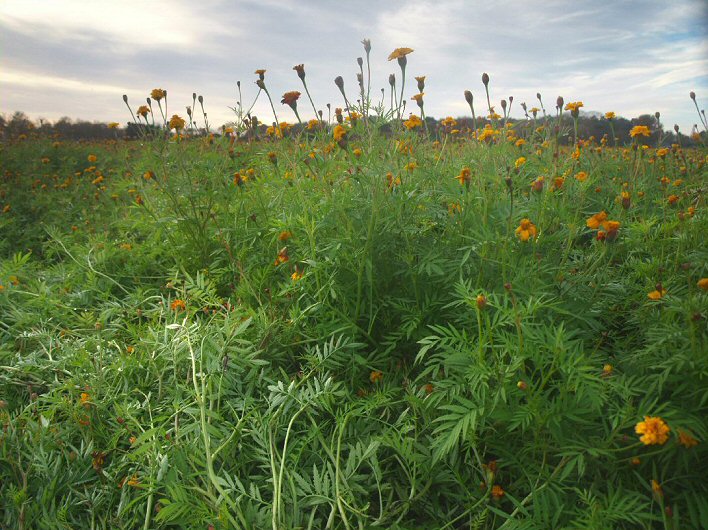 As I consider myself a dream catcher too, I can only endorse the importance of paying attention to our dreams. It may take practice to understand its messages, but once we get there, it enables us to provide many creative solutions for all sorts of problems we experience here on our three dimensional plane. 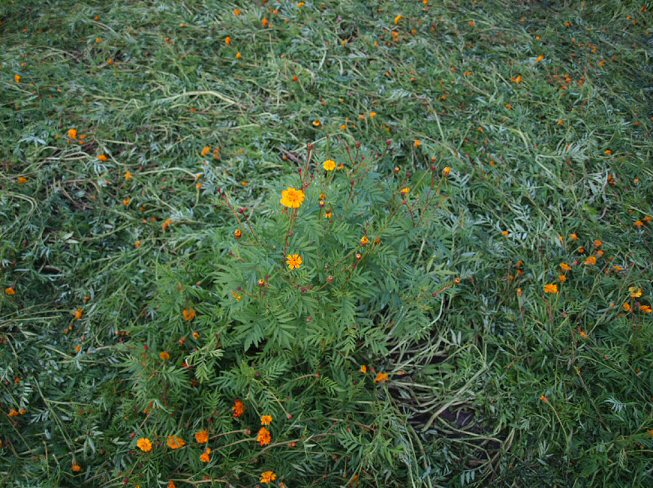 Standing tuft in the center of the dream-catcher.
A caught dream?

As I speak with many people about dreams, I hear very often the complain that they can’t remember their dreams. In my experience and many years of practice, I know that it is possible to stimulate the dream spirit. First of all, one must collect will-power to catch a dream. In case you are determined to do so, that already helps. Also, one has to be installed to immediately grab a pen and write down the dream, soon as awaking from it. A little notebook and pen placed next to your pillow is probably the easiest way to get there.

At first attempts, the excitement of catching a dream might wake you just too much. It is in the state of the art to keep calm, thus dreamy, to be able to recall as much of the dream information available. In line with this, don’t give up when there’s only just one little aspect you can remember. Write it down, as it can trigger more memories later on. 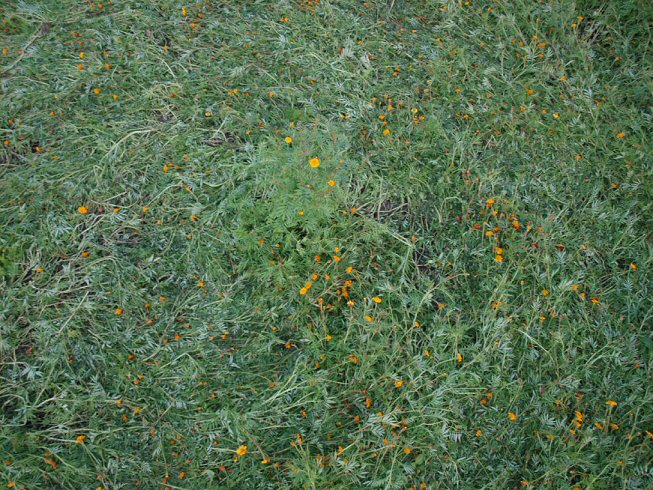 For what my experiences in the formation is concerned, I noticed, it must had been visited already a lot. (I was there half past three on Monday afternoon 24th) Most of the flowers were trampled. Still, on the sides of the circles it was possible to inspect the crop. It had been bend from ground level without snapping or breaking. So, therefore the plants were able to recover where not stepped upon. 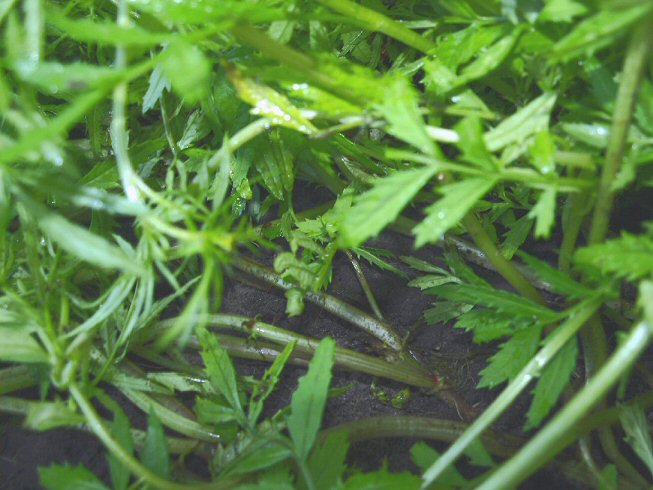 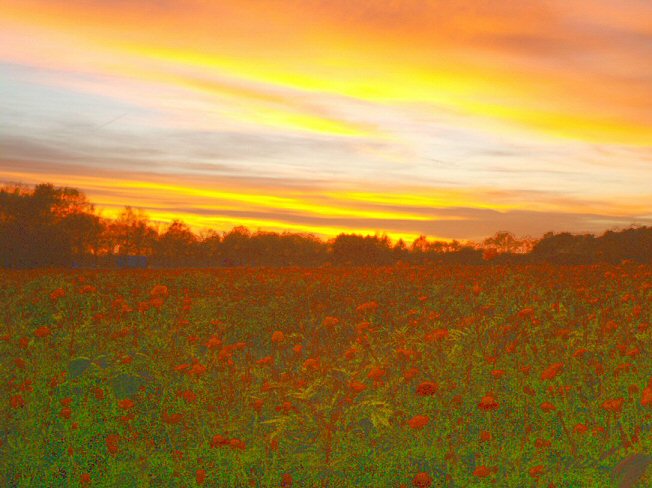 Although I am not so sensitive when it comes to differentiating the various energies that might flow through different circles, I did notice one circle had a warmer feel to it. Also, when I stepped out of the formation it struck me how much everything was back to “normal” again. There was obviously a lot of energy rushing through the formation. When driving home, as happens so often when returning from Robbert van den Broeke formations, I had to consciously hold myself back from over-speeding, if not, flying through traffic. Although used to it, it somehow keeps amazing me, how much these formations energize me. And it is energy containing the purest joy you can imagine! So fabulous! 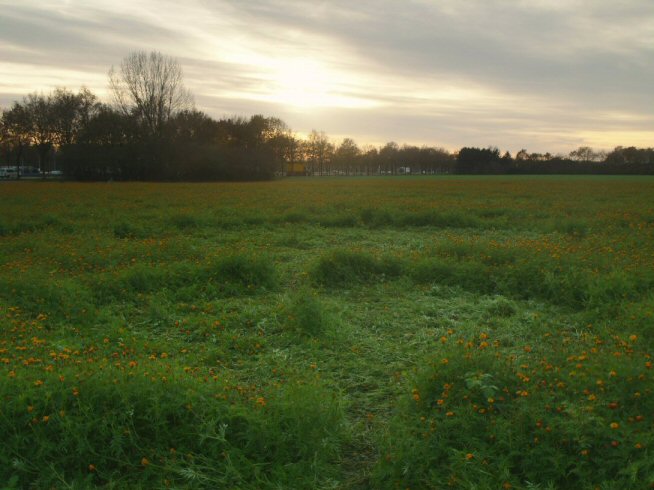 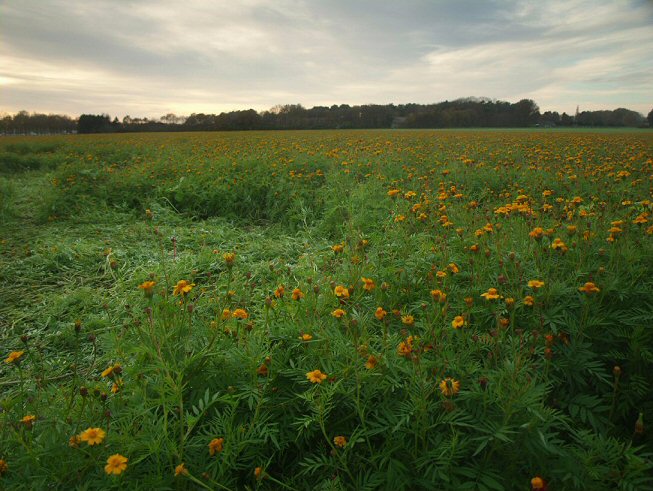 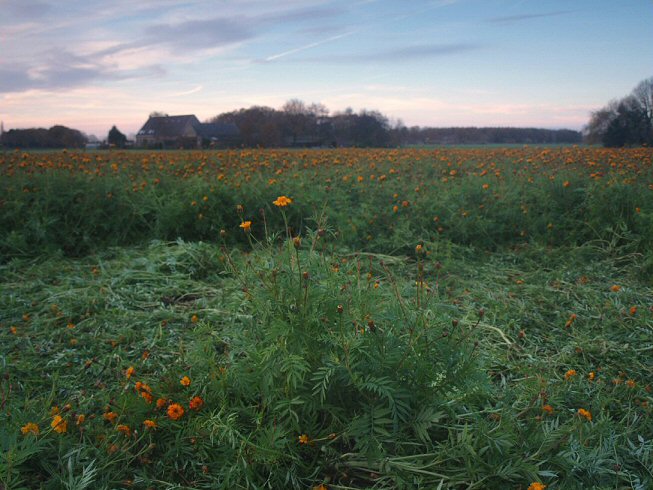 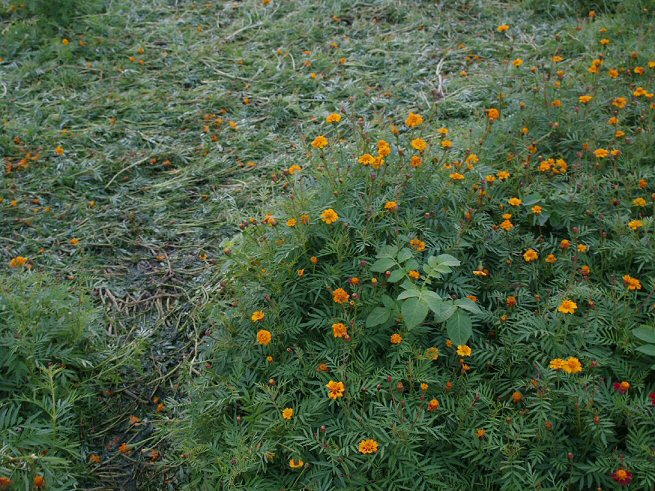 The following two pictures are made with a filter that causes the ghostly effect in combination with flashing. Although spectacular, there’s nothing paranormal about them, except they are made inside the paranormal crop formation. 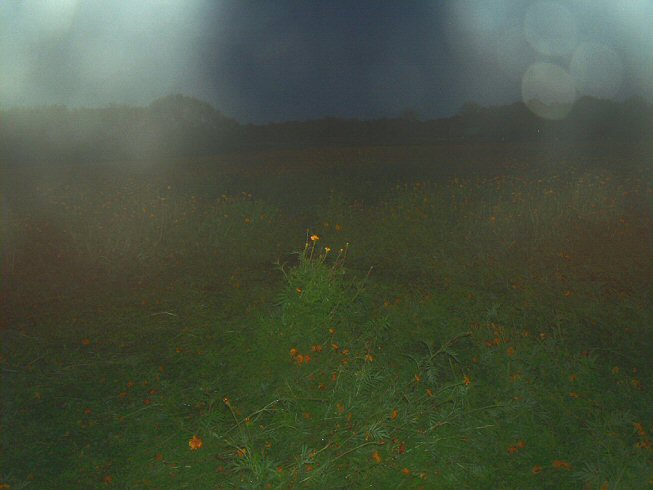 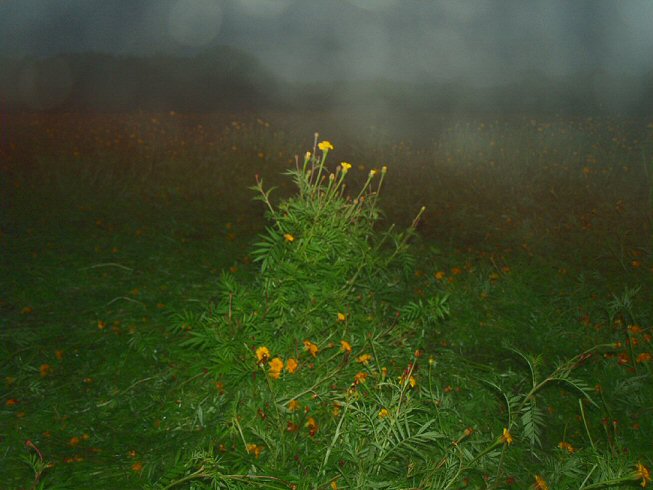