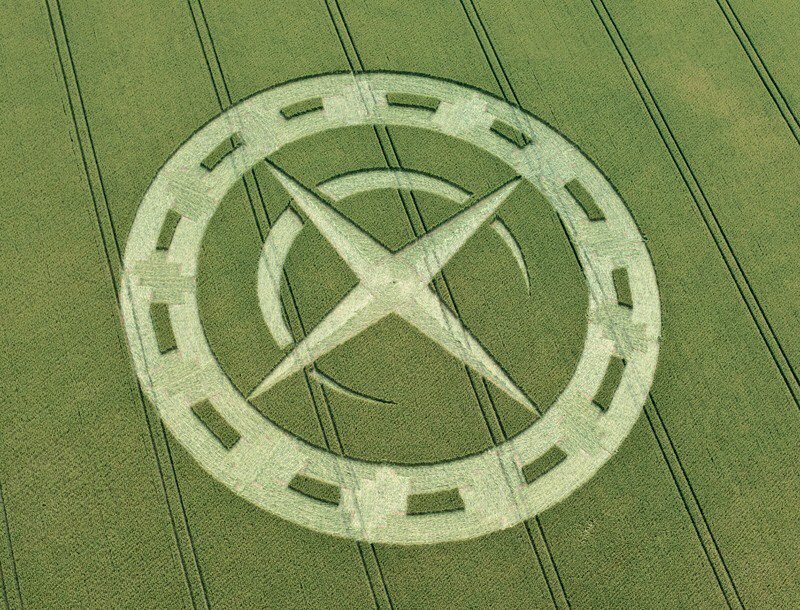 The formation looks like some super-governmental or military alliance emblem. The logo of Nato, the North Atlantic Treaty Organisation, comes close to it. It makes me believe the formation is maybe precursory of the United Nations remarkable event that would take place in New York, USA by the end of September, beginning of October, 2015. Although NATO and United Nations are two different organisations, they seem to represent the same Western imperialistic standards. 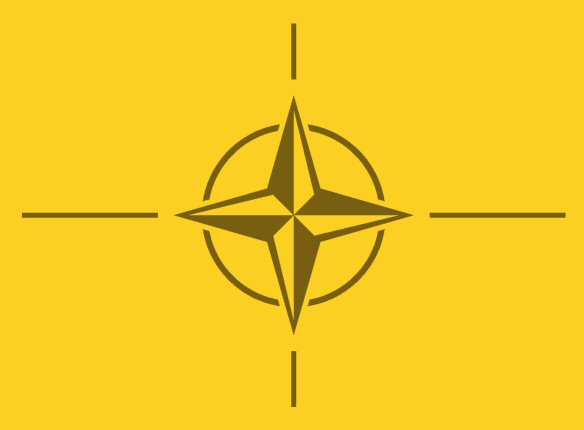 The logo of NATO.

The four pointed star can, without hesitation, be associated with the Nato emblem. Concerning the moon crescent, it started to appear to me as part of the Islam symbol. Once it occurs the crop formation shows the moon dominated by the four pointed star, it begins to tell a story of repression of the Islam by the North Atlantic Treaty Organisation… Or is that only my imagination?

At page 3 of the official promotional website of NATO we find an interesting diagram, meant to illustrate its activities, in particular concerning decisions and consultations. 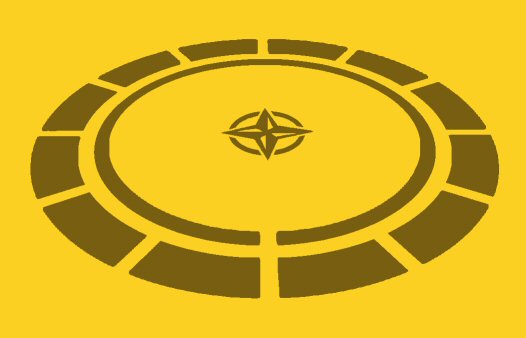 The website states: NATO provides a unique opportunity for member countries to consult and take decisions on security issues at all levels and in a variety of fields. A “NATO decision” is the expression of the collective will of all 28 member countries since all decisions are taken by consensus. 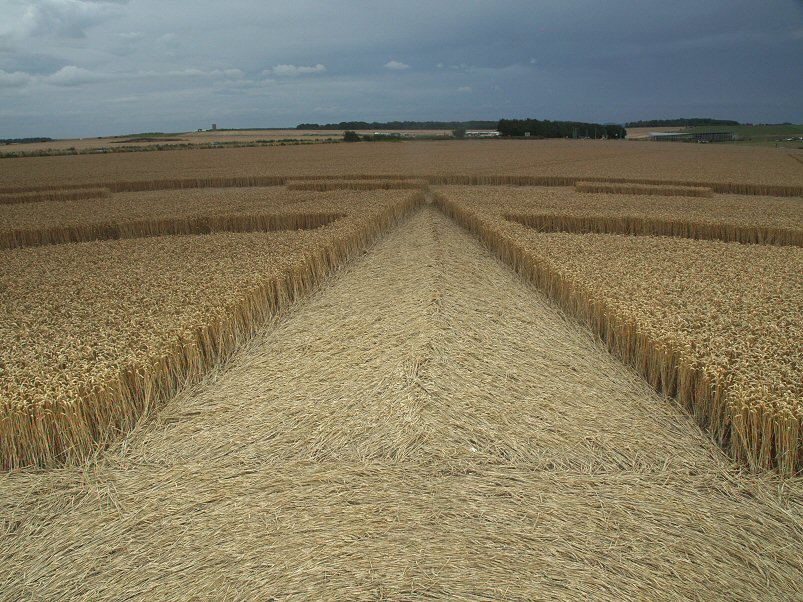 Inside the formation, © Randell.

When I visited the formation I became aware of a few things that may be relating to the theory. First of all, the area is full of military danger zones. In my view it supports the theory.

Also, the piece was placed opposite the new Stonehenge Visitors Centre. Because I didn’t want to visit the centre but the formation I almost became subject to practices of crowd control at the parking spot. The tourist industry that manifests over there I found overwhelming, intimidating in a way. I often experience that when huge crowds are interested to visit the same thing. I’m never sure what moves people’s minds to be there. I only know that crowd control is not my thing. 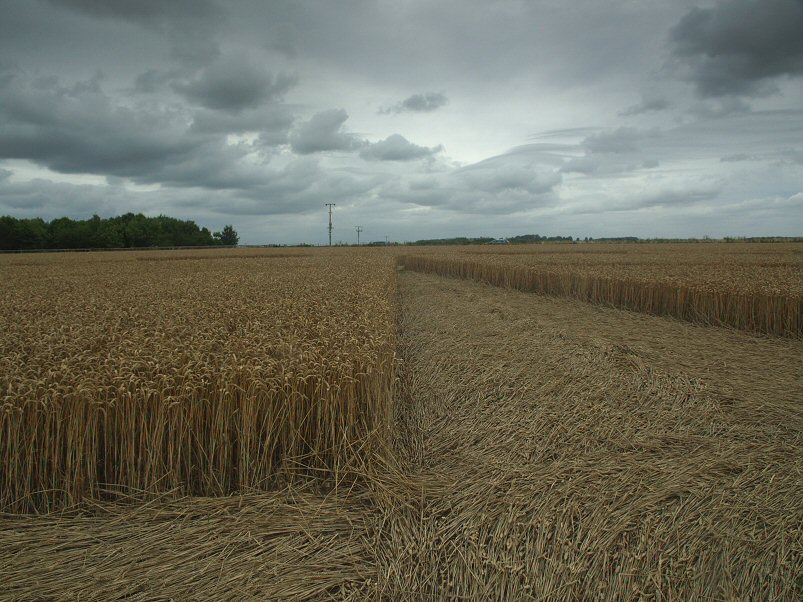 Inside the crop circle, © Randell.

Is it my paranoid attitude that connects the formations location with the domination theory? I was, however, not paranoid enough to leave the formation in peace.

I climbed over the gate, so, trespassed to enter the farmers property in order to take a close look at the crop circle. It gave me a strong impression of being manmade. I don’t think it expresses sacred geometry, although it might have elements of that. All together, I find it a disturbing thing which leaves me with uncomfortable feelings. 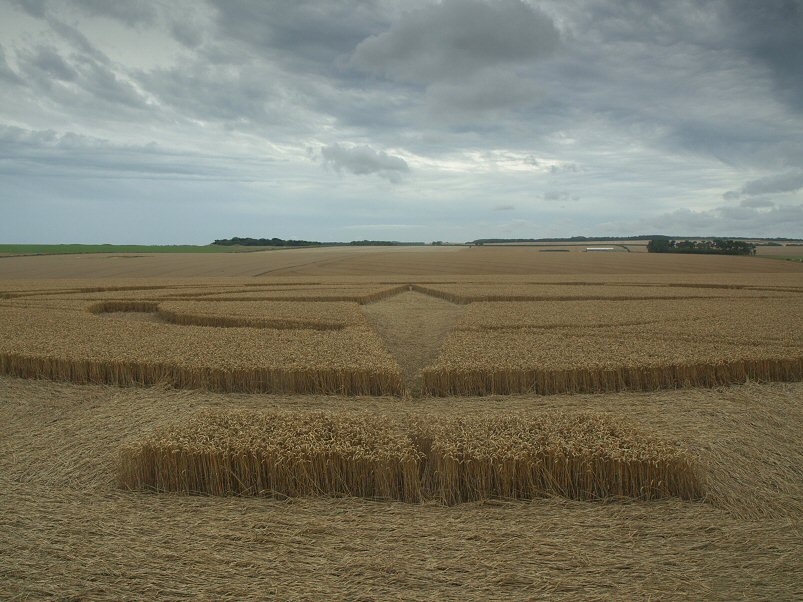 Inside the crop circle, © Randell.

Cropcircleuniversity, the meaning of crop circles.