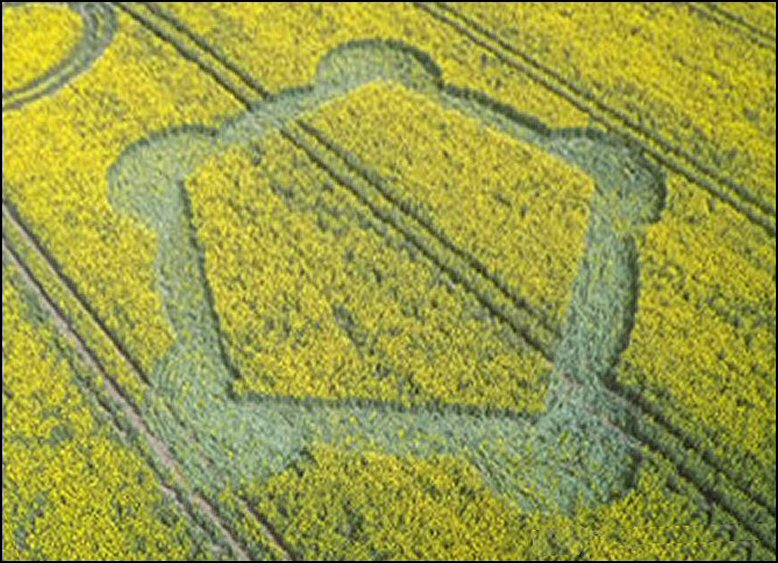 This first UK formation of the 2016 season appears to me as an isolated pentagon. If I may be so free, a pentagon surrounded by circles of light. Circles of light is of course just associating. However, the shape of a pentagon is fact and it easily makes one associate further with the United States Pentagon. There’s no other institute in the whole world that manage to dominate the world population as much as it does through its seemingly endless aggression and lies. That in itself forms a good reason to pay attention to it.

Elaborating on the idea of the Pentagon being isolated, it makes me wonder if, finally, the influence of U.S. warfare is on its return. Or maybe even about to collapse? We have seen the Panama papers, the leaked Hillary Clinton e-mails, earlier in modern history the Snowden files and another big pile of Wiki Leaks “collateral damage” cables. It seems simply a matter of time when all the dirt comes out in the open. It should have profound consequences when it comes to the abusers of great power. 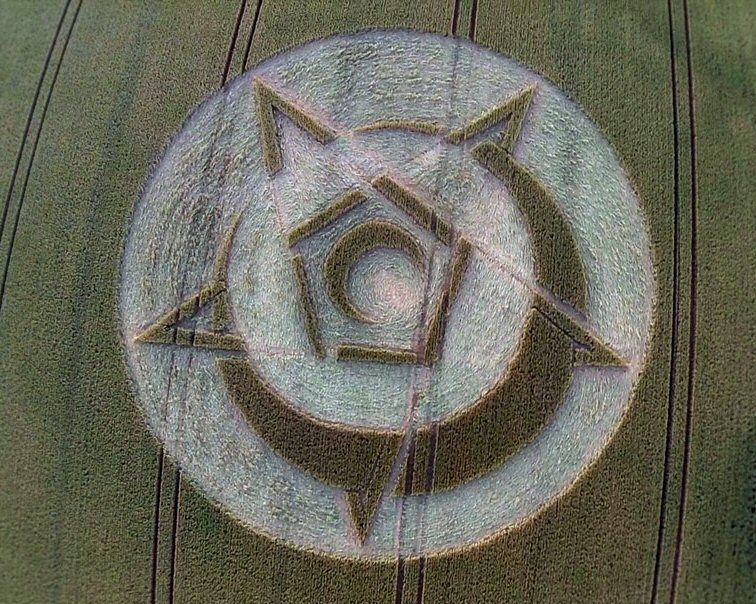 Last year, many crop formations contained the typical Islamic or Turkish moon crescent while not much later Turkey had become subject of several controversial issues that were highlighted in mainstream media all over the world. I can’t remember Turkey ever been that much on the front-pages. The example may show that the crop circle source seems to be in the know when it comes to geo political issues that are about to manifest.

Another example of such is the Hackpen Hill formation of August 11 2013. With its pronounced lay depicting a six-pointed star, it reminded easily to the Israeli flag. Lo and behold, in 2014 the Israel-Gaza conflict found another outburst of violence. It was launched by Israel, called “Operation Protective Edge”. Notice the expanded edge of the formation… 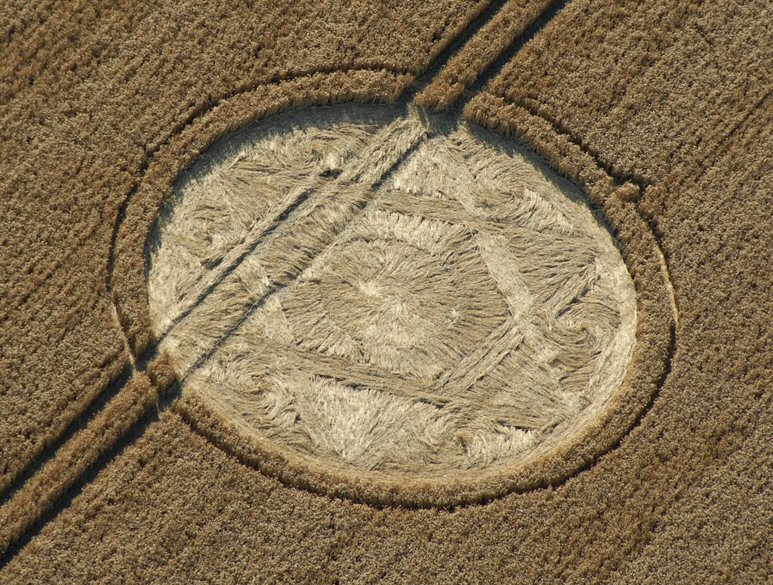 More examples of geo-political events mirrored in crop circles can be found if one is willing to see them. I understand it is exactly in this “willing to see it”, that discussion gets triggered. Also, in my experience, the crop circle phenomenon usually doesn’t give many clues away unless a certain feel for it is developed. It speaks without speaking, it shows without showing, inviting the mind to observe our own paradigms, thoughts and/or believes.

Having stated this and if I’m right about the isolated Pentagon interpretation, it still remains the question what is really communicated with it. Is it a message of hope? Are we encouraged to contribute in exposing the cruel methods of the military industrial complex? Should we believe things are already fine? Are there other efforts to be made? Whatever it is, I will continue my search for answers.